as well as globally respected performer among the worlds headline Djs.

Having been voted as one of 2009's TOP 5 DJs at BestDjAwards , Gogos is determined to keep you off your feet

till the early hours of the morning!

offers Gogos the opportunity to travel & perform in over 100 cities all over the world ,to fine tune his diversity in multi

cultural audiences while enhancing his musical repertoire to perfect YOUR mykonos Xperience in the summer season.

Some of DJ Gogo's appearances include:

Greatest momments of these worldwide events were, the closing party of Space in Ibiza on October 2004 and on July 4th 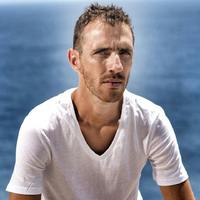