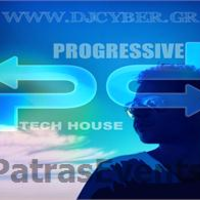 Dj Cyber started his musical journey, in 1999 as a Dj in some radio stations of the Aigion City where he was also born. He decided to take his love for Deejaying one step further, so he moved to Athens in Greece,then he started visiting islands and small city's so he began his studies beautician while he was working as a Dj and sound engineer in radio stations.  In 2005 he did his debut on the islands of Greece where he finally had the chance to present his musical selections to a wider and musically educated audience. He soon became known from a lot of people for the melodic yet underground sound of his radio shows and his popularity began to expand to a larger crowd of music.  2013 will be a Great year for the Djcyber Rec Mymusic