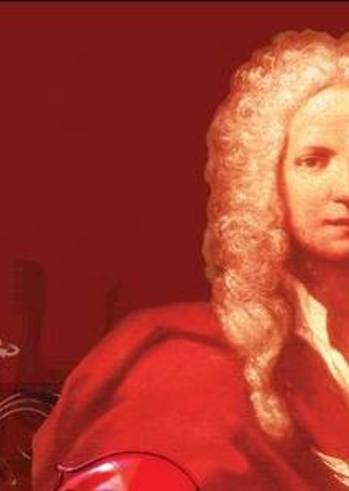 As published, Vivaldi's Opus 10 is a straightforward collection of concertos for flute and string orchestra. Most works which originally called for obbligato flutes seem to have originated during the early 1720s, perhaps reflecting opportunities that Vivaldi encountered in Rome, where he stayed intermittently between c. 1719 and 1724. Although the transverse flute was then little known in Italy, the availability of an excellent player is was essential for the execution of several of his works for it.

Opus 10 appear in 1729, in rough coincidence with Vivaldi's violin concertos Opp. 11 and 12. All three volumes were published in Amsterdam. Although published set was designed for a market oriented towards some kind of standardized, relatively neutral instrumentation, the origins of the individual works were heterogeneous. The indications suggested by the related concertos show on the lower half of the chart below do not include subtle differences of instrumental alternatives and/or pairings--for example, an independent oboe part vs. an oboe part duplicating a second violin, a separate cello part vs. an unspecified Basso, and so forth. One manuscript source for No. 3 is scored for recorder rather than violin.

The transverse flute and the recorder were both associated with a certain freedom of timbral composition. The so-called chamber concertos (RV 570, 90, and 101) for flute (or recorder), oboe, bassoon, violin, and bass can be understood to signify this sense of free play, rather than a subgenre cast in concrete. Although Vivaldi's chamber concertos had few analogues during Vivaldi's lifetime, they paved the way to a rich chamber repertory in the later eighteenth century.

The first three works are the best known ones of the collection. Their programmatic allusions are largely confirmed in associated manuscripts. Storms at sea and phantoms of the night (the images cultivated by the first two) were staples of opera staging at Venice's Teatro Sant'Angelo, the Venetian theater with which Vivaldi and his father were most consistently associated. Both played a prominent role in Venetian scene paintings contemporary with Vivaldi.

The representation of sleep in the fourth movement of Op 10, No. 2, is illustrative of a fascination with dreams and the supernatural that was probed cautiously on the stage because of the pervasive scrutiny of religious censors. However, the dramatization of darkness fed Sant'Angelo's penchant for grottoes and grotesque scenes. It is darkness that the bassoon invokes in the manuscript RV 501 (the loose analogue of No. 2), where the the key is Bb Major rather than G Minor.

Vivaldi's depictions of bird-calls (in Op. 10, No. 3 a bullfinch) were prevalent not only in his concertos but also in his operas, and in dozens of works by other composers of the time. Also elsewhere they often suggested the formal gardens that were so much promoted by the aristocracy, in Vivaldi's case they are more often a natural depiction of bucolic habitats consistent with the imagery of Arcadian shepherds than of programmed landscapes abroad.